GIVE NOW
Home › Giving › Ways to Give 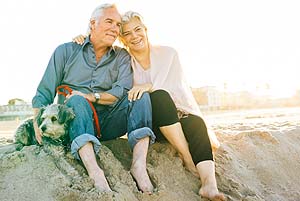 EXAMPLE #1
The Donors: A couple in their mid-70s is living comfortably off of their pension, Social Security and savings.  Their IRA required minimum distribution (RMD) of around $10,000 per year was increasing their income, but they were donating a total of $10,000 a year to their church.  In the past, their itemized deductions totaled $20,000 so they were able to deduct their charitable contributions from their income, which essentially erased the tax owed on their RMD. However, with the new tax code in place, they now will not be able to itemize anymore, thus losing the ability of being able to deduct their charitable contributions.

Their Gift: The donors were able to resolve this new problem by utilizing the QCD.  They created a named designated fund for their church through the Community Foundation and will fund it with their RMD each year.  Once the fund is fully funded, grants will be awarded to the church designated by the donor. The QCD satisfies their RMD requirement for the year and they do not have to claim that RMD as income.  This saves them tax dollars, thus continuing to give them financial incentive for their gift as before.

EXAMPLE #2
The Donor: Susan is a faithful supporter of her favorite charity. She has a $200,000 IRA and her RMD this year is 5 percent or $10,000.  Because she has other income and does not itemize her deductions, Susan directs her IRA custodian to make a qualified charitable distribution to her favorite charity in the amount of $10,000.  Because the full RMD is transferred to a qualified charity, Susan will owe no taxes on her RMD and will not be required to include it in her income for tax purposes.  Because Susan takes the standard deduction, the IRA rollover reduces her taxable income by $10,000.  Based on her income tax rate of 32 percent, the IRA charitable rollover will save Susan $3,200 of income tax.  After seeing the benefits of this tax-saving and charitable strategy, Susan plans to continue making IRA rollover gifts for the rest of her life.